These lovely lace socks, knitted with Novita Venla, will delight the little ones.
Novita Kesä 2021 -lehti (in Finnish)
43
Intermediate 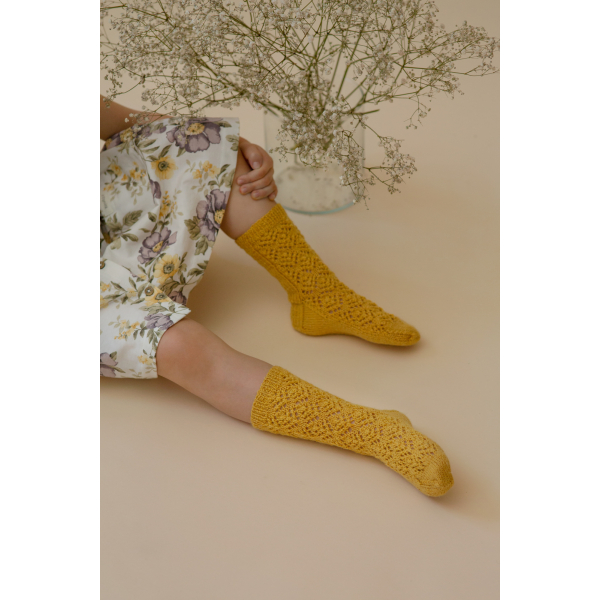 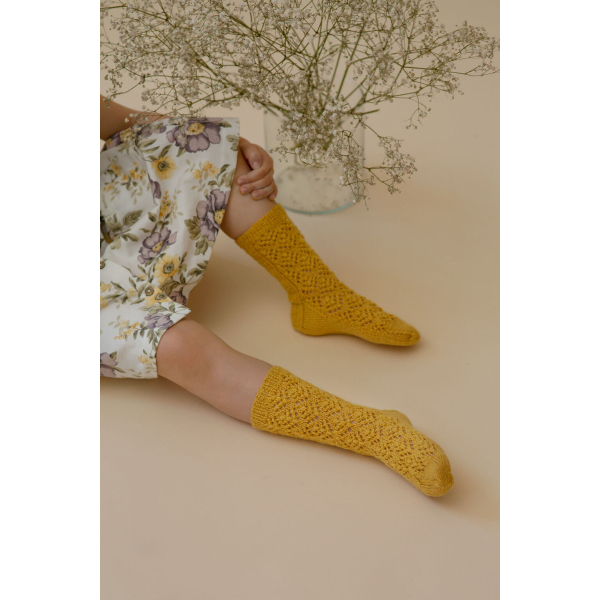 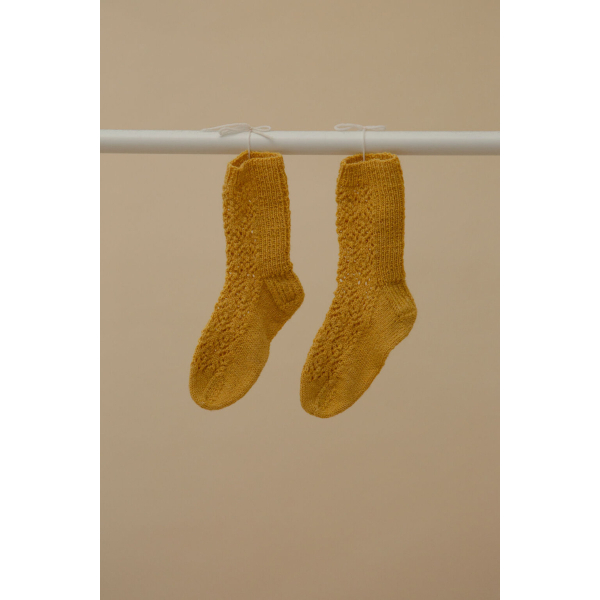 When the leg measures 13 cm, turn work, purl the sts on needles IV and III onto the same needle and at the same time decrease 1 st: purl together the last 2 sts of the round = 24 sts. Leave the other sts on hold.

Turn work and begin the reinforced stitch pattern for the heel flap:

Keep repeating rows 3–4 until there are 14 sts on the needles. Finish with a WS row. Knit the sts and divide them onto two needles, 7 sts each.

Work as established until the sole measures approx. 15 cm or until the sock covers the fifth toe. Finish with an odd-numbered row of the chart.

Stitch patterns Ribbing in the round: *k1, p1*

When the leg measures 13 cm, turn work, purl the sts on needles IV and III onto the same needle and at the same time decrease 1 st: purl together the last 2 sts of the round = 24 sts. Leave the other sts on hold.

Turn work and begin the reinforced stitch pattern for the heel flap:

Keep repeating rows 3–4 until there are 14 sts on the needles. Finish with a WS row. Knit the sts and divide them onto two needles, 7 sts each.

Work as established until the sole measures approx. 15 cm or until the sock covers the fifth toe. Finish with an odd-numbered row of the chart. 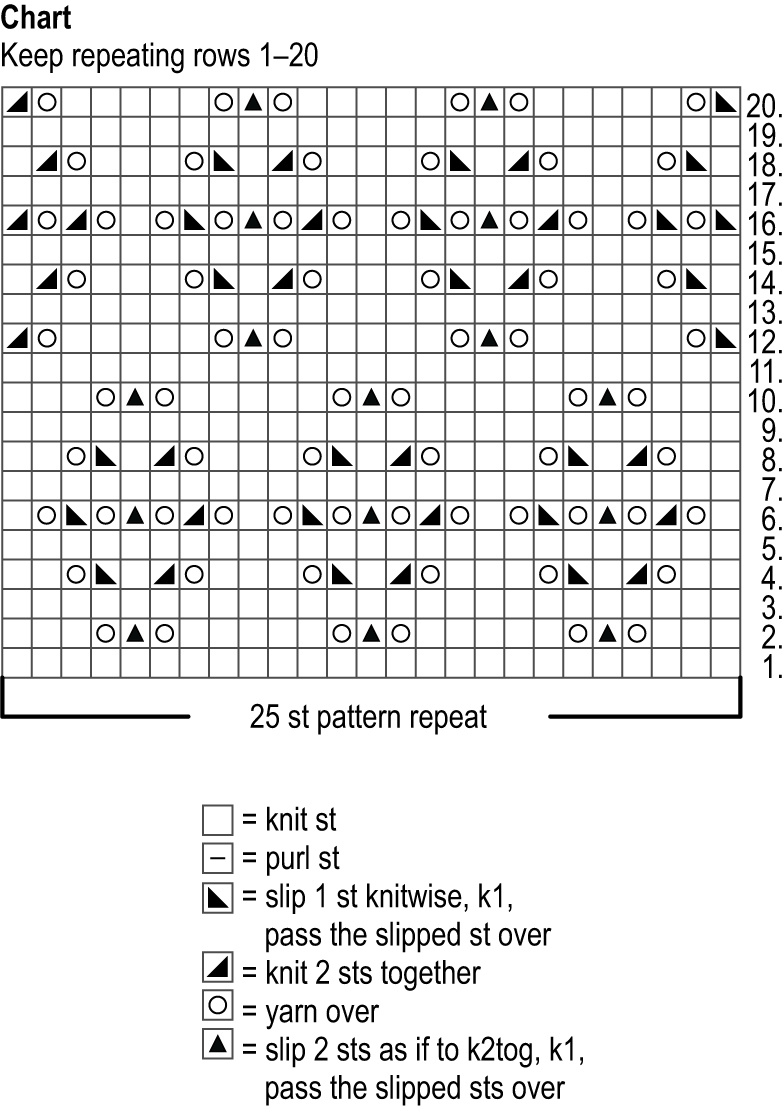