Wild berries are a Finnish thing, and in the late summer and autumn weekends, people pack their backpacks and go picking berries in the nearest forest. Marja means berry in Finnish, and as it happens, it's also a common girls' name in Finland.
Novita Syksy 2019 -lehti (in Finnish)
34
Intermediate 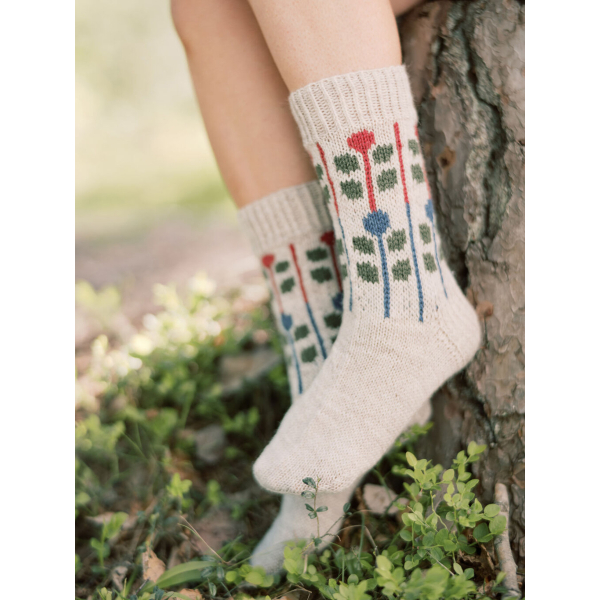 Work twisted ribbing in the round for 6 cm, then knit 1 round.

Work stockinette st in the round and begin gusset decreases: at the end of needle I, k2tog; at the beginning of needle IV, skp. Repeat the decreases every 2nd round until 15(17) sts remain on each needle.

When the sole measures 19(21) cm or the sock covers your fifth toe, begin toe decreases. At the end of needles I and III, k2tog, k1; at the beginning of needles II and IV, k1, skp. Decrease as established on every 2nd round until 5(6) sts remain on each needle. Then work the decreases on every round.

When 8 sts remain, break yarn, pull it through the sts and securely weave in.

Work twisted ribbing in the round for 6 cm, then knit 1 round.

Work stockinette st in the round and begin gusset decreases: at the end of needle I, k2tog; at the beginning of needle IV, skp. Repeat the decreases every 2nd round until 15(17) sts remain on each needle.

When the sole measures 19(21) cm or the sock covers your fifth toe, begin toe decreases. At the end of needles I and III, k2tog, k1; at the beginning of needles II and IV, k1, skp. Decrease as established on every 2nd round until 5(6) sts remain on each needle. Then work the decreases on every round.

When 8 sts remain, break yarn, pull it through the sts and securely weave in. 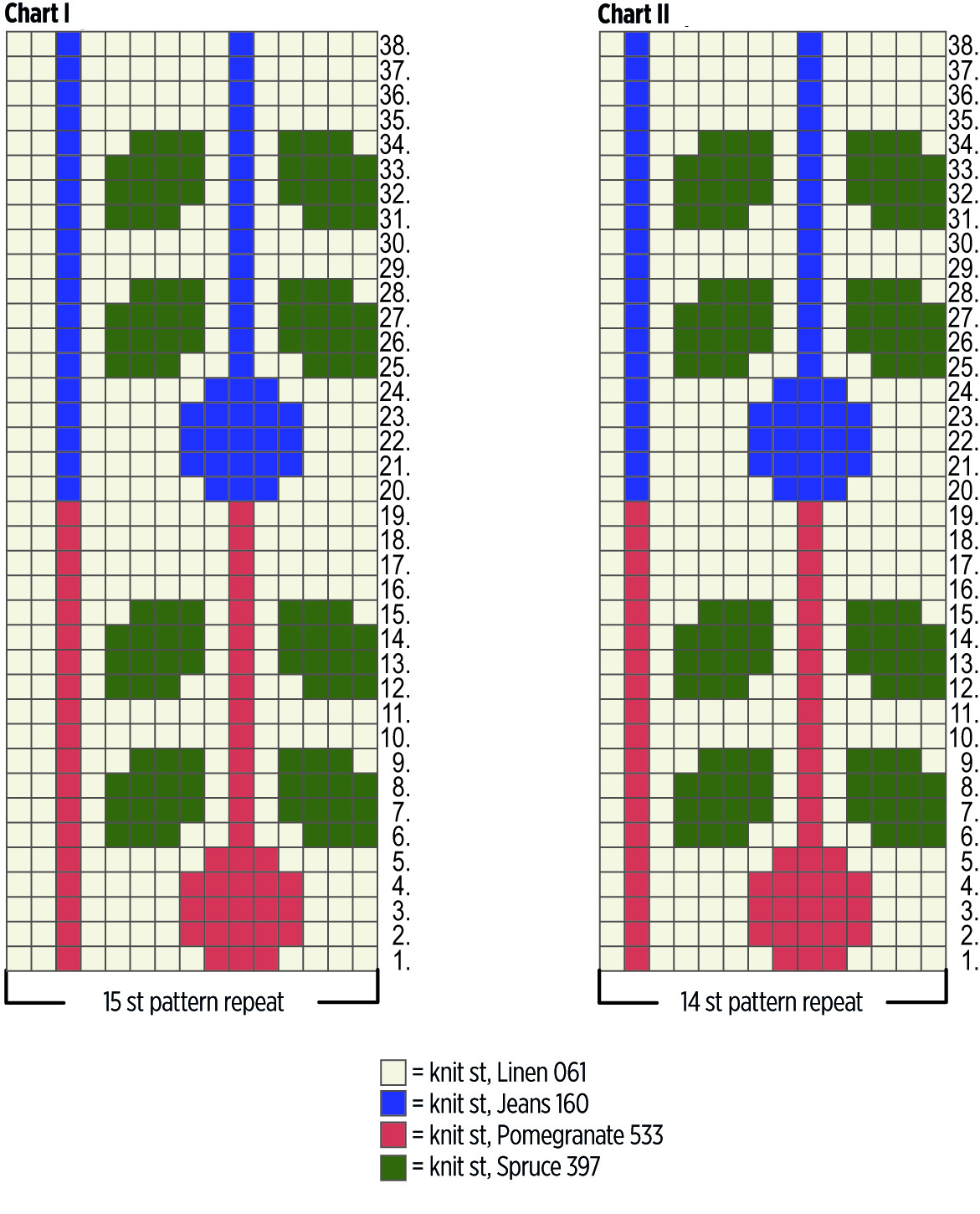